Go inside the multifaceted mind of our pilot 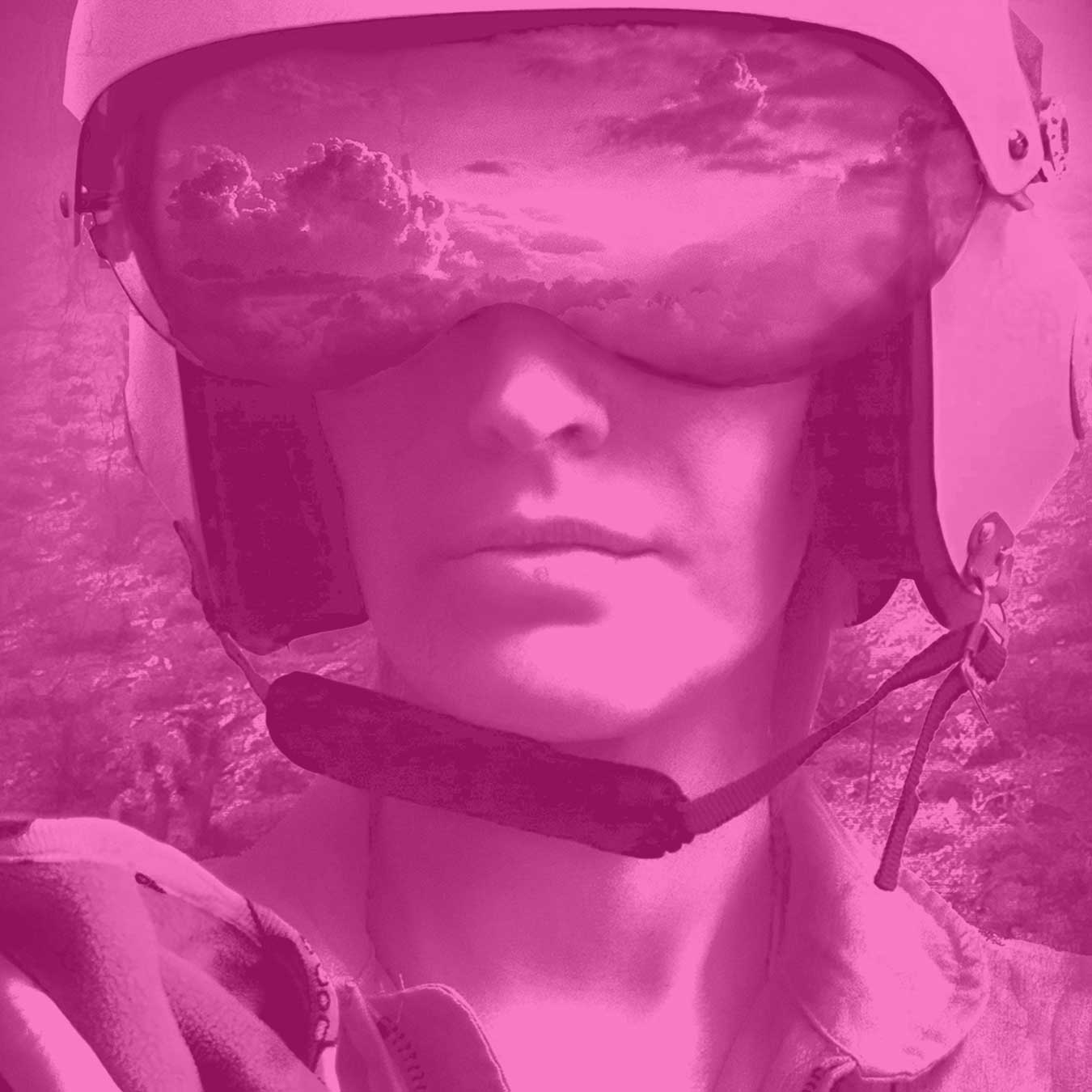 The experience of womanhood in the service. 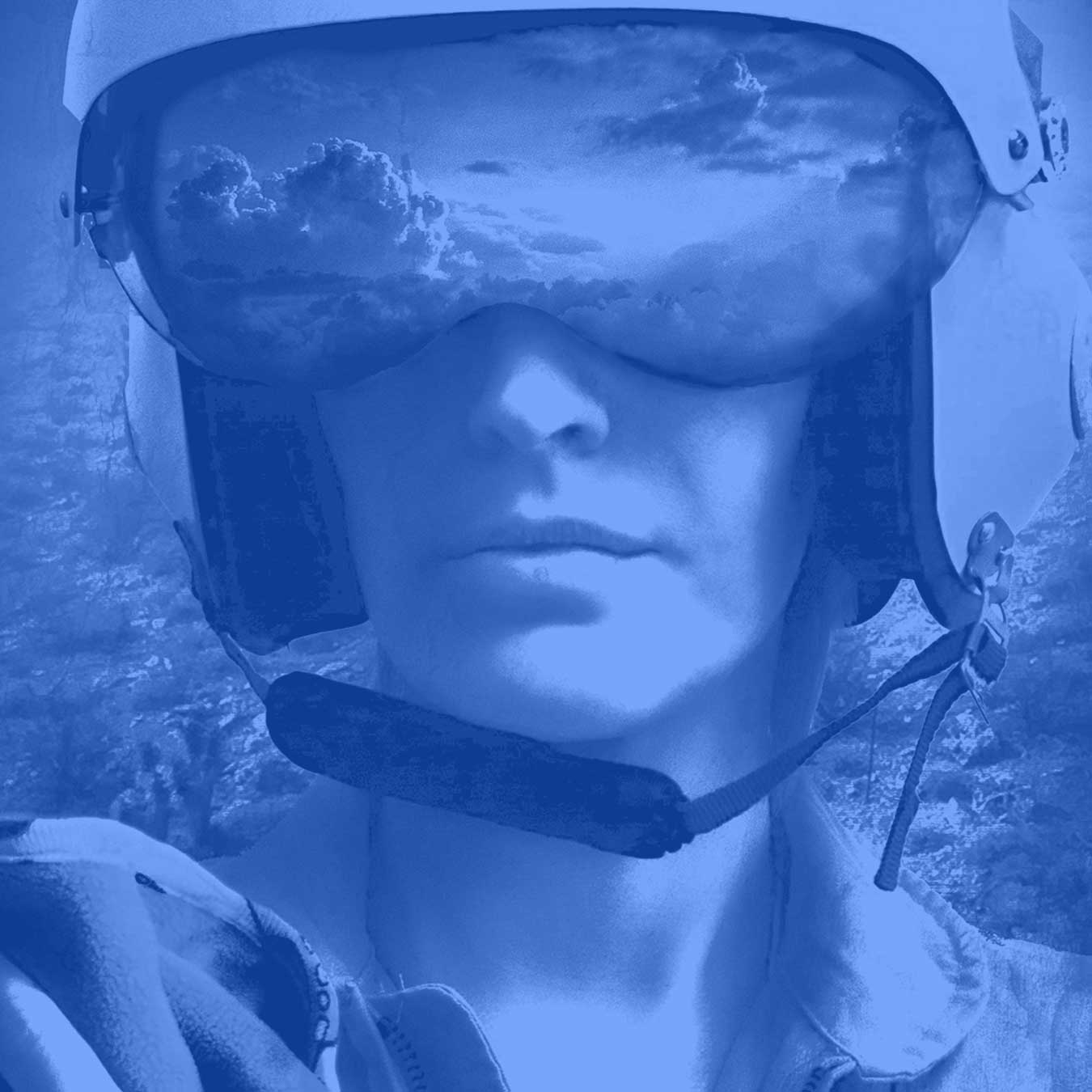 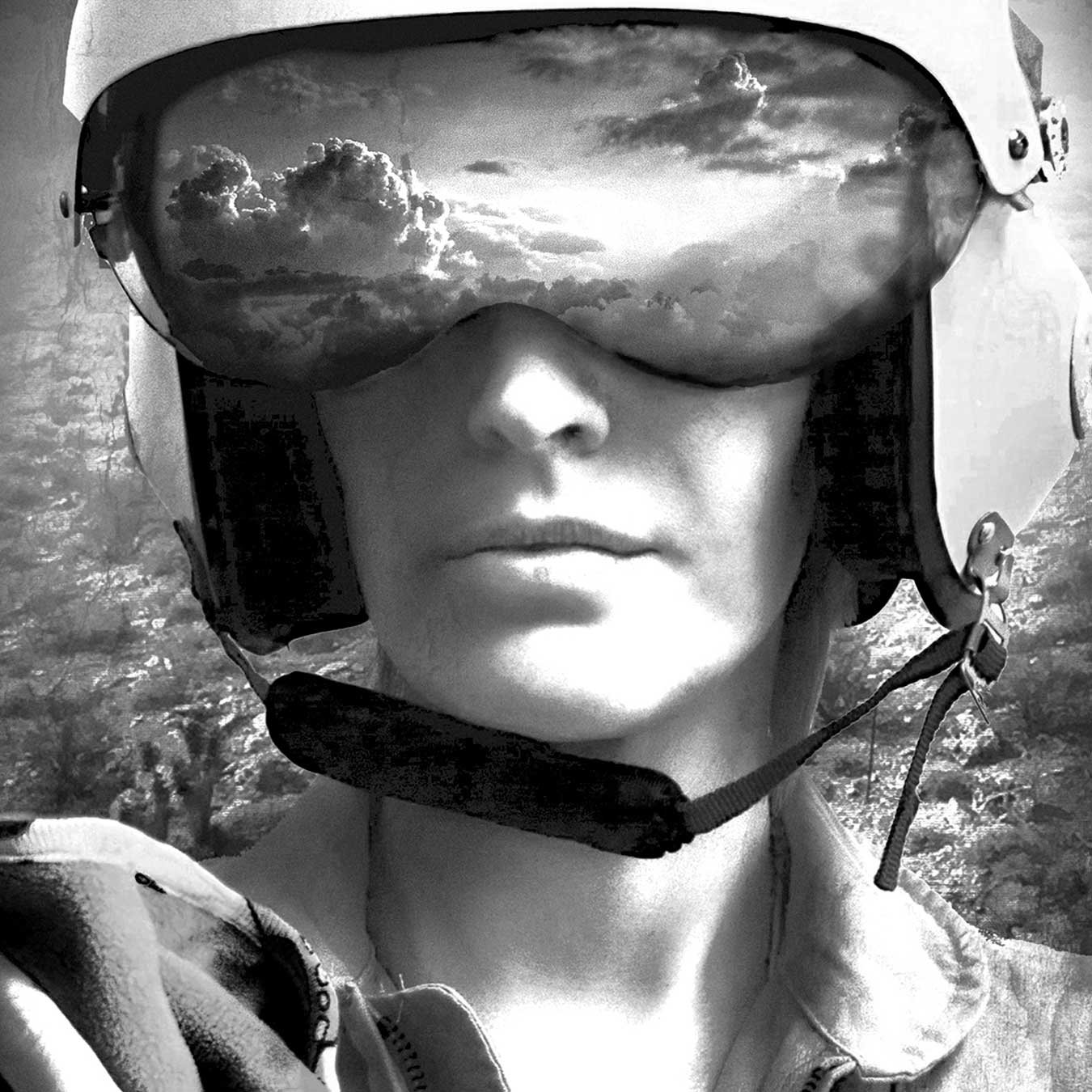 The effects of working as a soldier in the age of drone warfare. 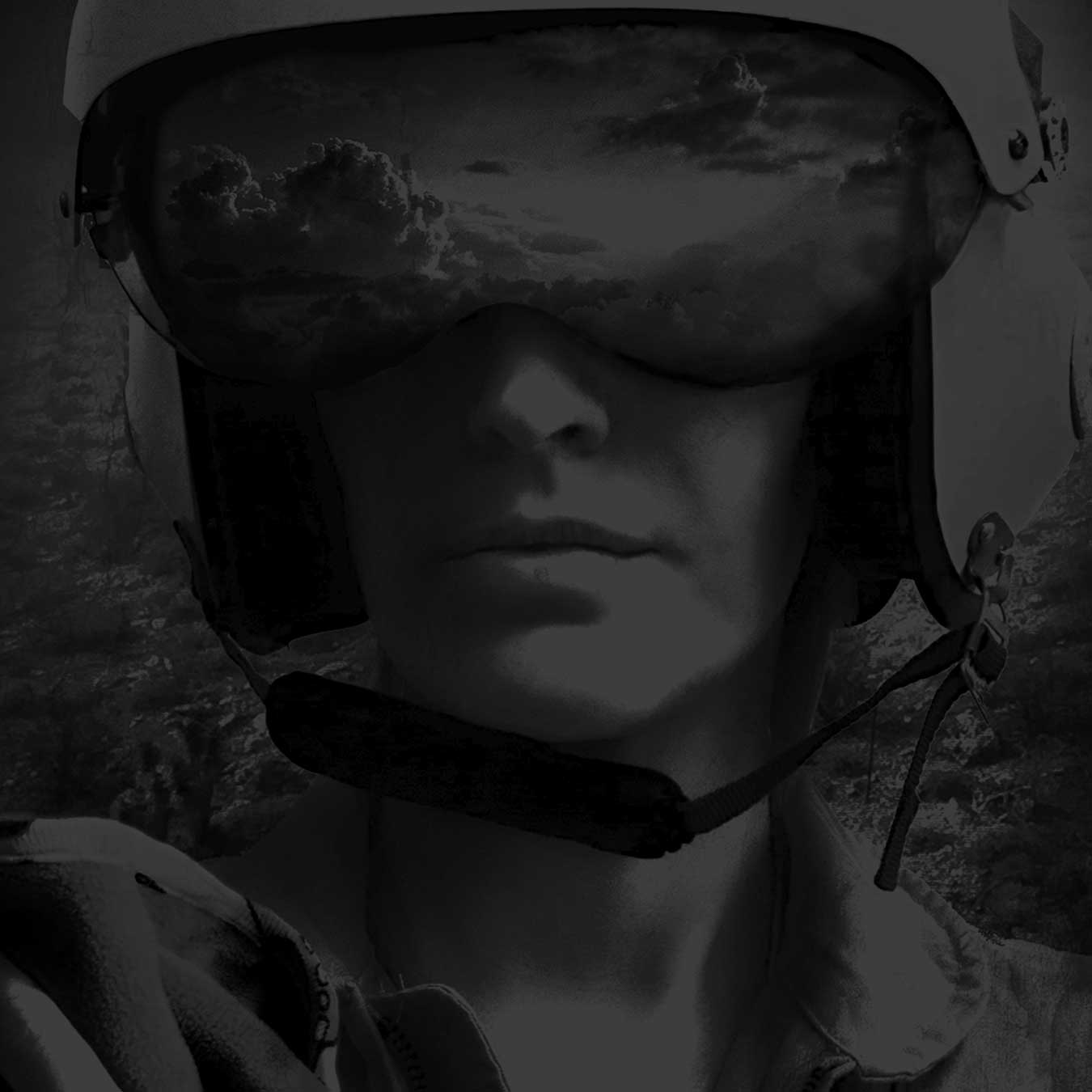 The visceral impact on a pilot's mental landscape.

Several shades of femininity and masculinity are embodied by The Pilot. Throughout the text, there is commentary on traditional femininity. For example, The Pilot hopes that her daughter won’t be a “hair tosser." However, The Pilot’s gender is central to her experience and her processing of it. Her role of wife and mother contradicts her tough “one of the guys” identity. The soft nature of motherhood directly conflicts with the rigidity of being a solider. The Pilot is transformed by the friction and dissonance created as these roles pump up against each other.

1964 First woman to successfully fly around the world

AN INTERVIEW WITH COLONEL JEANNIE LEAVITT

She was the first woman to become a fighter pilot in the U.S. Air Force. Today, she is the commander of the Fourth Fighter Wing out of Seymour Johnson Air Force Base in North Carolina.

MARTIN: So what was that first ride like in an F-16?

LEAVITT: Oh, it was absolutely amazing. I was very fortunate. I flew with some highly experienced instructor pilots who took time to sit down and explain everything to me. So, before we went out to the airplane, while we were flying and when we would come back and debrief, they took the time to explain it all to me. And it made it just absolutely fascinating. 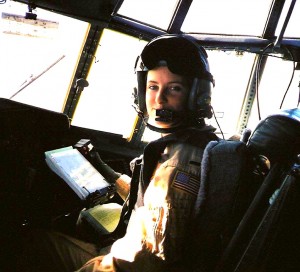 Though Bonnie enjoyed the time at home with her son, she says, “I realized that I was a mom, wife, AND a pilot. Without flying, I was missing a whole piece of me. I wish I’d known how hard it would be to have a family while continuing military service and flying airplanes, but if someone had told me along my way, I wouldn’t have listened. I wanted to fly airplanes, and nothing was going to stop me! It is a challenge, a lot of work, and sometimes a sacrifice, but then, aren’t some of life’s most wonderful things made out of these?" 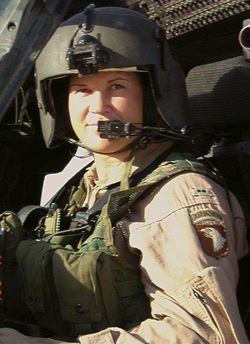 "I envisioned (my son) piloting a make-believe airplane, wearing my helmet and one of my flight suits, asking me what it was like to fly low and fast through mountains or to tell him again what a “kick in the pants” it was to be catapulted off an aircraft carrier,” 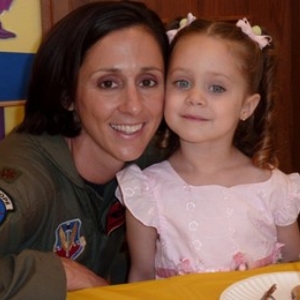 "Near the end of my three-year tour, I became pregnant.” Christine considered leaving the Air Force after her daughter was born. “I quickly realized I am a happier person working, and I also LOVE flying the F-15E."  READ MORE ABOUT LT. COL. MAU

The experience of flying is often described as beautifully freeing, tantalizingly thrilling, and strangely addicting. The Pilot cannot give up The Blue. For many pilots, it seems the need to fly is in their blood and is an inescapable force that drives them forward. It is hard to imagine that feeling. The language that is used to describe flying by pilots and by writers below gives a clear sense of the magic of flight.

Sometimes, flying feels too godlike to be attained by man. Sometimes, the world from above seems too beautiful, too wonderful, too distant for human eyes to see …

You haven't seen a tree until you've seen its shadow from the sky.

It's wonderful to climb the liquid mountains of the sky. Behind me and before me is God, and I have no fears.

Helen Keller, at age 74, on flight around the world, news reports

The airplane is just a bunch of sticks and wires and cloth, a tool for learning about the sky and about what kind of person I am when I fly. An airplane stands for freedom, for joy, for the power to understand and to demonstrate that understanding. Those things aren't destructible. 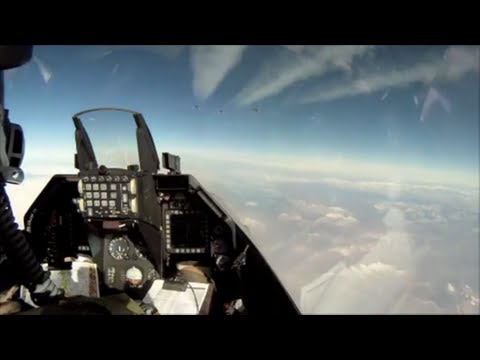 DAVID COLLETTE (Former F16 Pilot): "For me. the most stark difference to other flying is the sensation that you're sitting on the plane rather than in it. You are usually surrounded by the cockpit down to about waist height. I felt incredibly vulnerable and exposed; like I wanted to "shrug down" into the cockpit more. Flying in a fighter jet is much like commercial flying in steroids (really illegal muscle busting steroids though). You literally strap the plane on to you. As you are sitting on an ejection seat, you have no cushion and a lot of connections. You need oxygen and have to hard connect to your seat parachute attachment. There is no seat cushion as you need to accelerate immediately with the seat if you eject or you will hurt your spine." 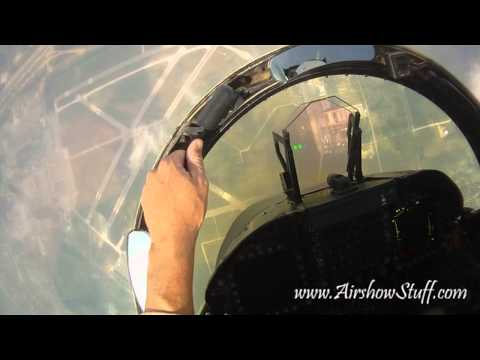 RICHARD BACH (Former F-84F Pilot): "I belong to a group of men who fly alone. There is only one seat in the cockpit of a fighter airplane; there is no space allotted for another pilot to tune the radios in the weather or make the calls to air traffic control centers or to help with emergency procedures or to call off the airspeed down final approach. There is no one else to break the solitude of a long, cross-country flight. There is no one else to make decisions. I do everything myself, from engine start to engine shutdown. In a war, I will face alone the missiles and the flak and the small-arms fire over the front lines. If I die, I will die alone." 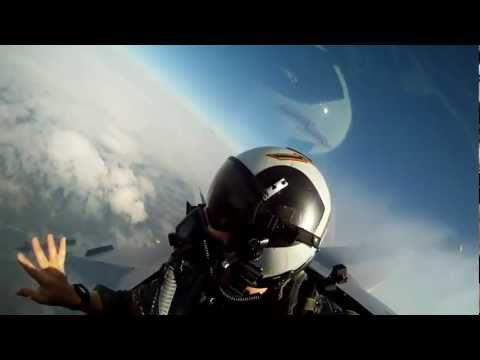 CHARLES A. LINDBERGH (The Pilot of the Spirit of St. Louis): "By day, or on a cloudless night, a pilot may drink the wine of the gods, but it has an earthly taste; he's a god of the earth, like one of the Grecian deities who lives on worldly mountains and descended for intercourse with men. But at night, over a stratus layer, all sense of the planet may disappear. You know that down below, beneath that heavenly blanket is the earth, factual and hard. But it's an intellectual knowledge; it's a knowledge tucked away in the mind; not a feeling that penetrates the body. And if at times you renounce experience and mind's heavy logic, it seems that the world has rushed along on its orbit, leaving you alone flying above a forgotten cloud bank, somewhere in the solitude of interstellar space."

There are many soldiers like The Pilot who are forced to get used to this new type of drone warfare. The seemingly more distant approach to war actually forces soldiers to experience the repercussions of their actions in a much more intimate way.

Brandon Bryant is a former drone pilot who is outspoken in his belief that drone strikes are dangerous for the operator. He works with Democracy Now as an anti-drone activist.

Bryant describes his first drone strike, “So we’re looking at this thing, these people, and it was like almost instantaneous that someone was like, 'Confirmed weapons. Here’s the nine line. You’re cleared. You’re cleared hot.' And we fire the missile. And the safety observer is counting down. He counts down to zero, and he says, 'Splash!'" 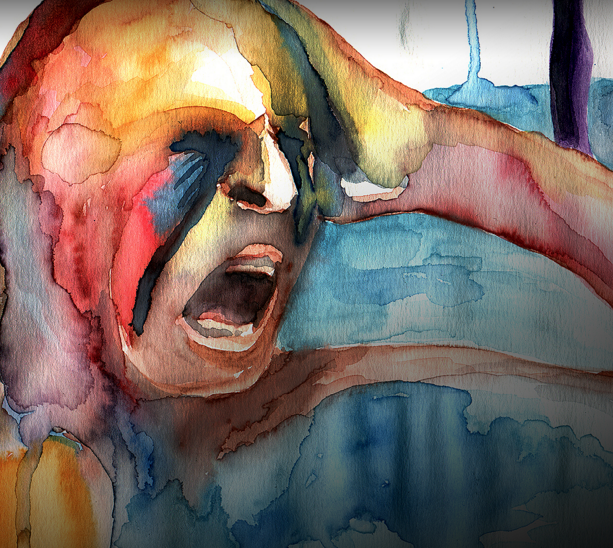 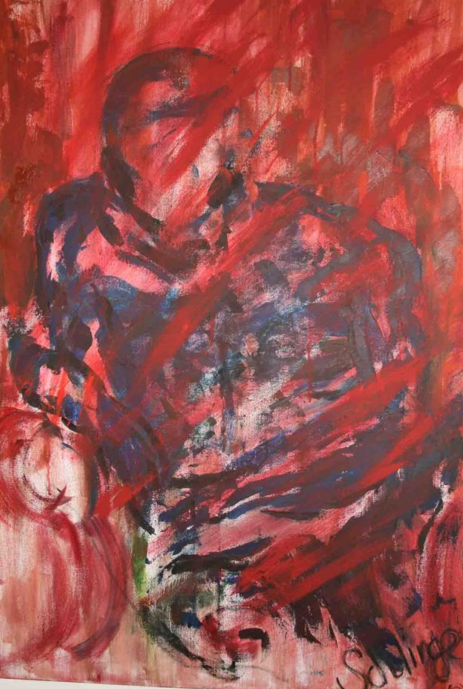 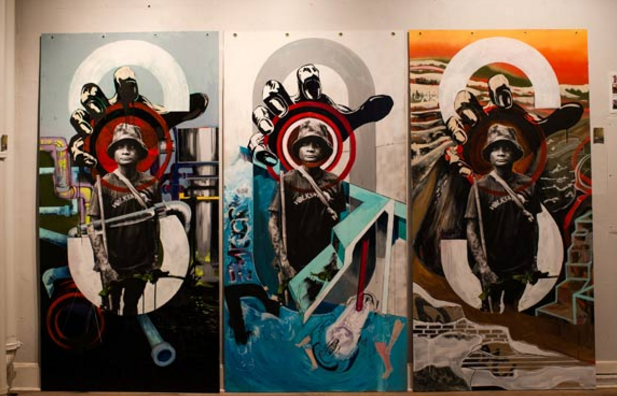 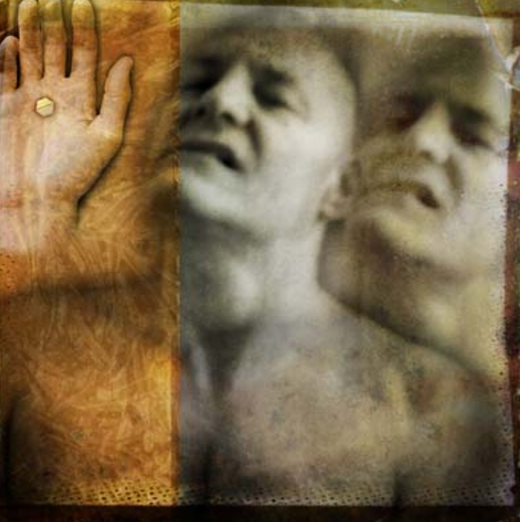 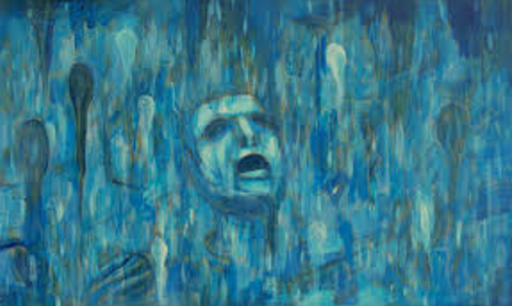 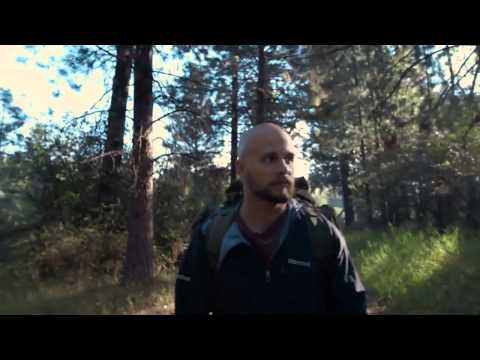