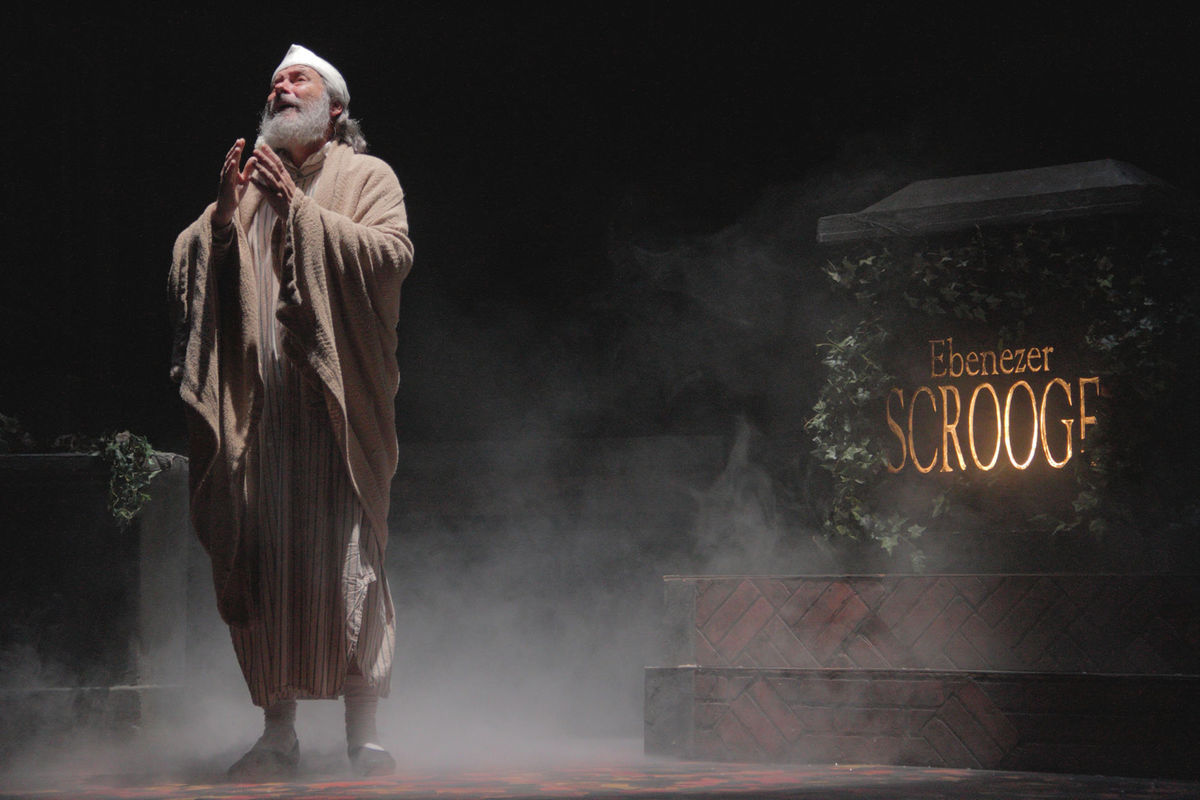 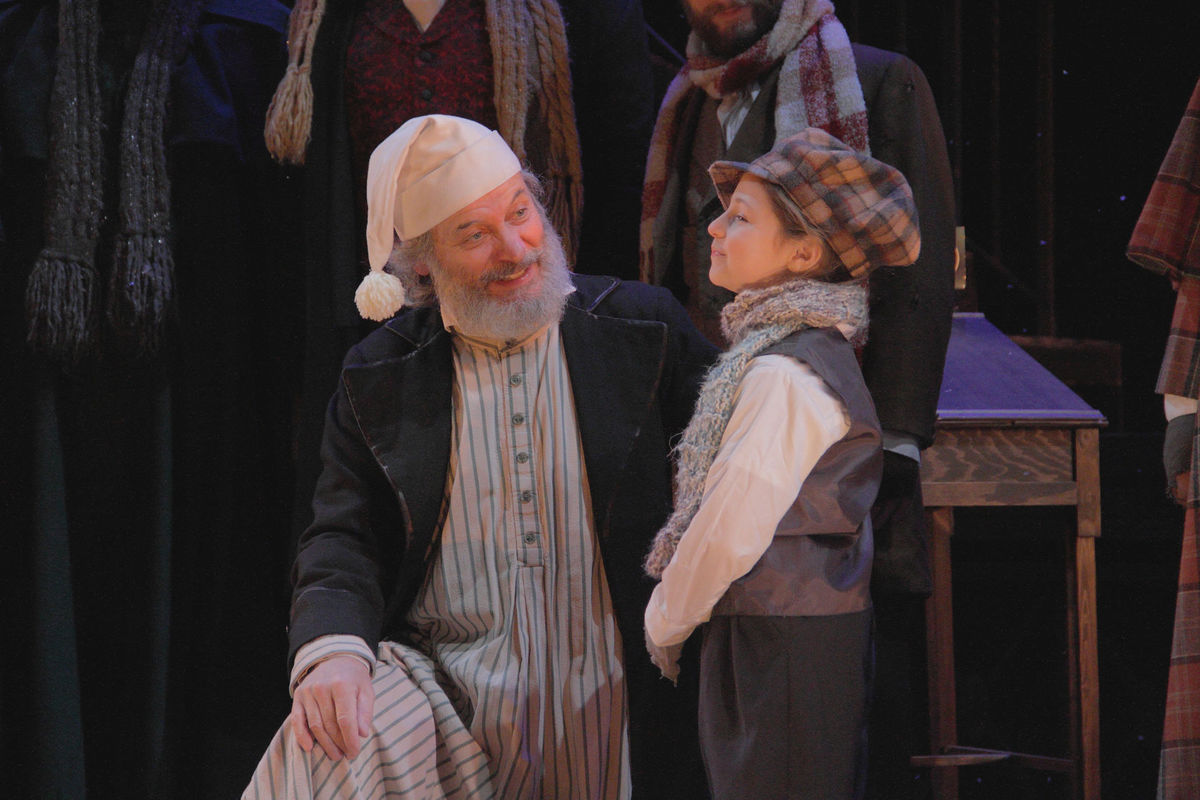 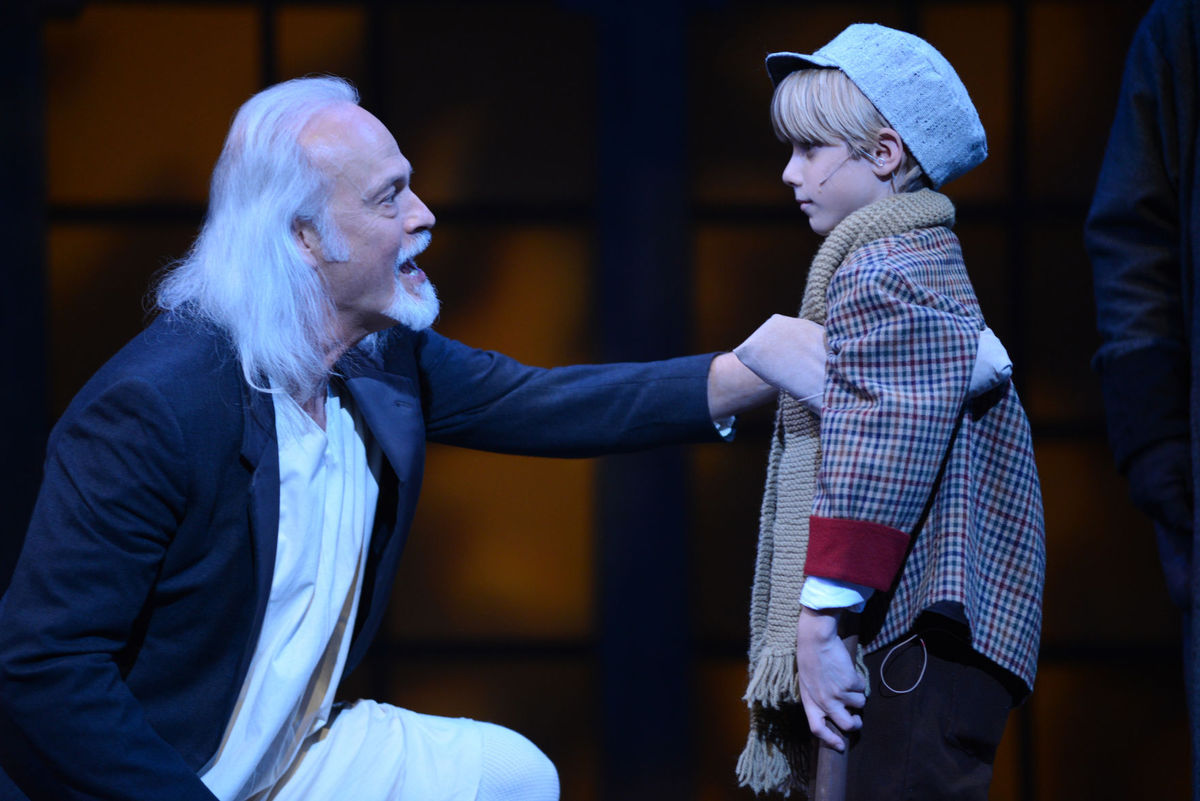 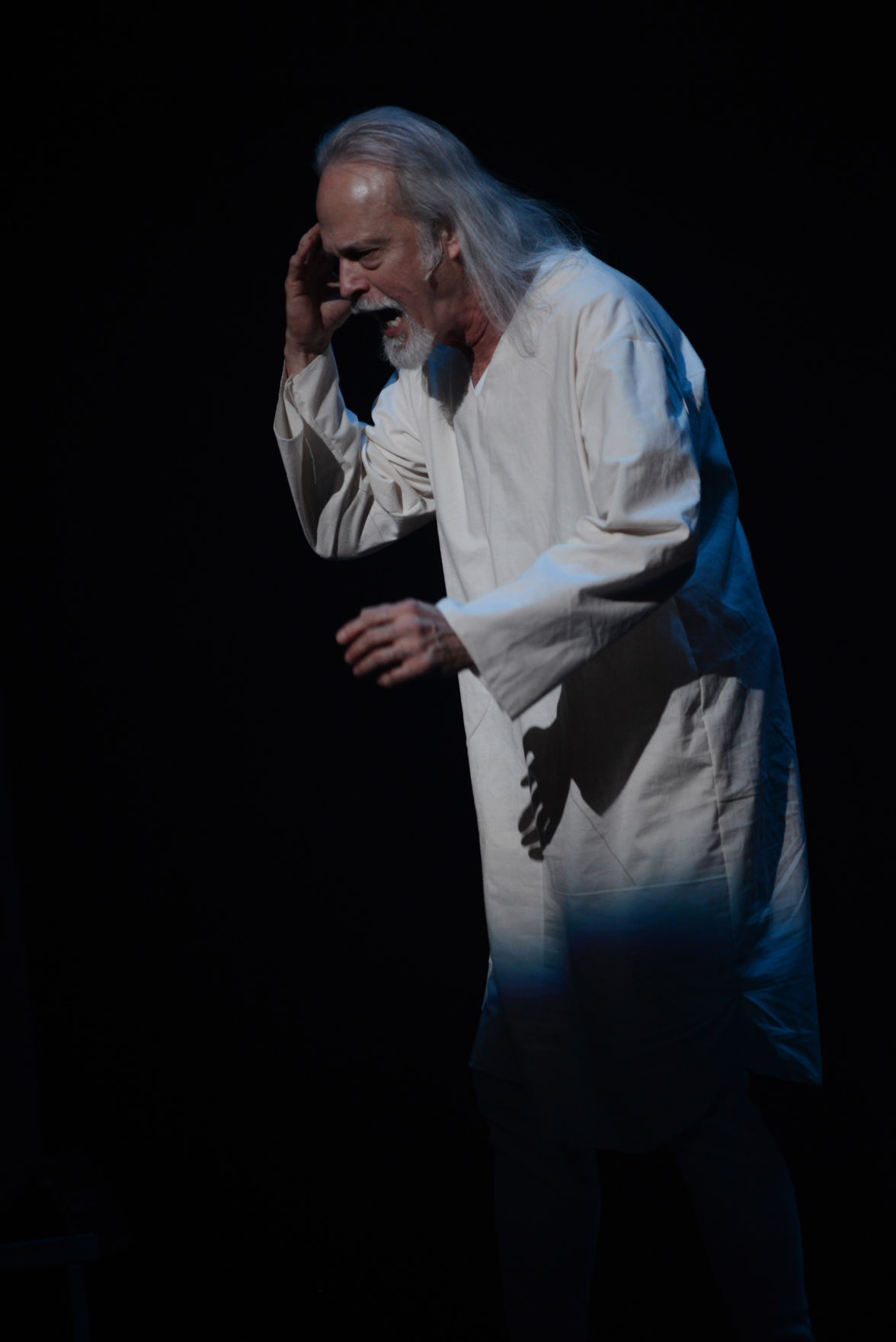 An embarrassment of riches, some might call it: that two professional adaptations of Charles Dickens’ classic “A Christmas Carol” are in production in Hampton Roads this holiday season.

Both the Virginia Stage Company and Virginia Musical Theatre shows feature original music written by locals, and both are fronted by veteran actors who have more than proven their chops on Broadway, in London’s West End and in theaters across the United States. We talked to the Ebenezer Scrooge from each show. Both actors were – thankfully – representative of the redeemed Scrooge rather than the crotchety one.

Chris Van Cleave returns to the role of Scrooge in the VMT version, which is a co-production with the Governor’s School for the Arts. Van Cleave said he is particularly fond of the show’s original music, which was written by GSA theater chair Chip Gallagher and VMT founder Jeff Meredith.

How do you make such a well-known character your own?

I try not to watch other people’s work. I try to go back to the original source and research as much as I can find. That’s the investigative side of things, to see what’s in the original story and in the script that I’m working with. And I use my imagination to open up to other possibilities and draw on my own life circumstances and observations of the world around me. I try to remain open and receptive, and in performances be present in that character’s life and journey.

Who is your favorite Scrooge from stage or screen?

When it comes to the arts, whether the visual arts or the performing arts, I don’t really have favorites. There are examples of theater performances that have inspired me and moved me, but I find fascination with diversity and approaches that we each bring to life. I’m a writer as well, and I’ve probably written more than a thousand songs and (when) people ask me what’s my favorite, you may as well say, “Who is your favorite child?”

What is your favorite part of the show?

(Scrooge’s) transformation, his redemption. When he perceives it, that is a very powerful moment. There’s a song called “I Am Free” that Chip Gallagher wrote with Jeff. It’s just gorgeous music. I’ve done “Les Miserables” and “Jesus Christ Superstar” and lots and lots of different shows, and this music is some of the best and most enjoyable that I’ve been able to be a part of and sing. It’s at a point in the show when he finally gets it – who he’s been, who he could have been, who he still can be. It all culminates in this transformative moment in the show.

When were you introduced to “A Christmas Carol?”

I remember coming across the classic book with illustrations. The story is so classic, and he wrote it at a time when there was a lot going on with the economy, with poverty and the haves and have-nots – things that are reflective of what are going on in our country today.

What message is at the heart of “A Christmas Carol?”

There’s an old adage, “You have to sink so low to see what’s up,” and I think that’s what happened in Scrooge’s case. He was so embittered and walled up about his broken past. He had the drive and the ambition to succeed and his idea of success was wealth and money, and he ended up being very alone. It took his heart being broken again through visions that he had with the visiting spirits and the reflections that they showed him which were very difficult to see, just like they are for us.

We have difficult things to face in our lives, sides that are not serving us and the choices we have made in the past that come back to haunt us. Eventually we start waking up and see what’s worked and what hasn’t worked and make choices that will serve us better and put us in a better position to serve and be compassionate to others in life.

This will mark Gregor Paslawsky’s fifth turn portraying Scrooge at Virginia Stage Company, which has featured the show yearly since the mid-1990s. In addition to the simple joy of being onstage in a favorite role, Paslawsky said he loves the original music by Patrick Mullins. A bonus for VSC patrons is that they will be the first to enjoy the newly renovated Wells Theatre.

How do you make such a well-known character your own?

Even though I’ve done it four times before here, it’s a whole new show each time. Because of the writing, I get to rediscover it each time with new people presenting new situations to me. At the beginning, it seems to take care of itself, and I enjoy the process of finding what it is each time.

Who is your favorite Scrooge from stage or screen?

I happen to have seen a few Scrooges onstage – I don’t think anyone that people would know – but they made quite an impression on me. My favorite screen performer is Alastair Sim, from an old black-and-white version. He is delightfully quirky and has a little giggle of a laugh. He is very funny. I tend to watch that at least once a year.

What is your favorite part of the show?

First, it is such a pleasure to work with the people in the show. Then the best thing is when we get an audience out there and they give you so much. I just can’t wait to see what they are going to be like and how they are going to respond. It’s fun to find out how they respond to our characters and our choices, and I love that we get to react to that. Also, this year’s music is just a little different, and I also enjoy hearing the music they put into the show. Some of historical songs have a slightly newer sound to them.

When were you introduced to “A Christmas Carol”?

I read the book and loved the story that way. The first time I saw it onstage was when I was in it the first time. I have to say, it’s a great way to experience it. You’re in such a community of people in a cast. It was like, “Boy, I want to do this every year.”

What message is at the heart of “A Christmas Carol?”

The beautiful thing about the story is that he gets a chance to broaden his perspective. He gets to see things through someone else’s eyes, which we usually don’t have time for anymore. He certainly didn’t have time for it then. ... I love it that he gets to see it and has an advocate for each point of view. There’s the ghost who says this is the past and this is the way you can look at it. And then there is the ghost of the present who says, well, you seem to see it this way, but what if you saw it this way. Then there’s the ghost of the future, who doesn’t even say anything and just leads him on a journey and points it out to him.

It’s a combination of a roast and a trial at the same time. We should all get the benefit of that. I guess that’s what good friends are for, to keep you in line and help you to see things in a different way.