Earlier this summer, our Marketing Intern took it upon herself to make sure that you, our friends and patrons, get to know our staff a little bit more. She's gone back to school for her senior year, but we're still continuing her efforts! This is the fifth blog post in our Staff Spotlight Series.

For today's Staff Spotlight, Carlin Becker, our Marketing Manager, is interviewing Kat Martin, our Resident Theatre Artist and Dramaturg. Kat went to Queens University of Charlotte for her undergraduate degree. It was a teeny tiny school; the campus was maybe 2 blocks wide. Her biggest class had 20 people in it! She got a BA in English/Drama with a concentration in Sociology. For graduate school, she went to the University of South Carolina in Columbia, SC. There, she received her MA in Theatre: History, Criticism, and Dramaturgy with a specialization in Feminist Theatre Theory. Her thesis is titled The Aesthetic Which is Not One: The Feminist (un) Aesthetic in the Works of Caryl Churchill and Suzan Lori-Parks. She now works as a Resident Theatre Artist and Dramaturg here at Virginia Stage.

CB: When did you begin working at Virginia Stage and how has the company changed since then?

KM: I started working at Virginia Stage Company in 2014 right after I graduated from USC. I have seen the company’s Education Department more than double in size. We now offer multiple touring shows, in-school residencies, playwriting workshops, and community engagement projects. I am so proud to be a part of the growing Education and Community Engagement Department.

CB: Where's your favorite place to do eat in Norfolk?

CB: Could you describe your job(s) for someone not into theatre?

KM: Let’s see…Dramaturgy is the nerdiest and most academic side of the theatre. I’m responsible for articulating the theory of the piece and being the voice of the text and the playwright in the room. I serve as a fact checker of sorts. A director speaks for the audience; they are in many ways an audience of one. But, a dramaturg speaks for the playwright to ensure that their intent is honored and presented consistently. That means a ton of research and running a fine tooth comb through the script so I can piece together what the playwright is trying to say and what the show “means.” I am responsible for the literary aspects. That can mean helping to choose scripts in a season while paying careful attention to how they relate to each other. It means doing historical research about the period in which a show takes place or any themes or theories of a script. Then, once rehearsals begin, I become a sort of assistant to the director. I keep my eye out for consistency, work as a go between for playwright and director on new works, and advise actors and directors if any contextual questions come up.

Take A Christmas Carol, for example. It is the story of Ebeneezer Scrooge as he learns a moral lesson. It’s a story about ghosts, Christmas, and Tiny Tim. But for a dramaturg, it is a Victorian story about class and inequities. Dickens was writing in a time with an incredibly large gap between the rich and the poor. And because of the growth of industry and cities, the rich and the poor were crammed together and living on top of each other. Dickens wrote a piece of social commentary. So when I work on A Christmas Carol, each year I focus on these aspects making sure they come through the amazing spectacle and pageantry of this story. It certainly is heady stuff!

CB: What show are you most looking forward to this season?

KM: I am looking forward to Oliver Twist the most this season!

CB: What piece of art has influenced you the most as a person?

KM: Mother Courage and Her Children by Bertolt Brecht and Venus by Suzan Lori-Parks. 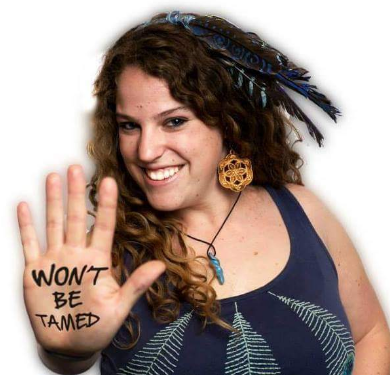 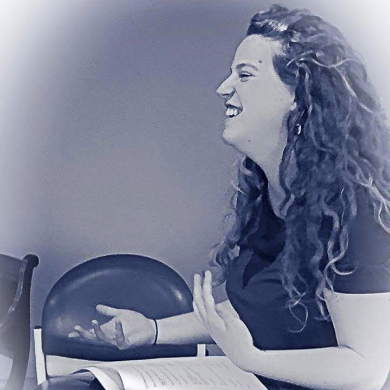 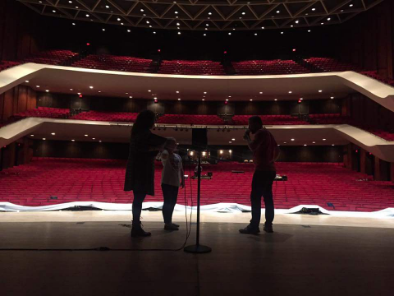